We all know that humans aren’t perfectly good, but there are many times and ways in which we presume that then they must be perfectly bad. It stands to reason for linear thinkers, doesn’t it? We live in scorched earth feefees all the time. All or nothing. You are either perfectly good or perfectly bad, right?

If you follow the rules of your state and religion, then you must be perfectly good? More likely when you err or sin, you avoid detection. They can’t watch you 24/7, can they?
Does that avoidance mean that you have a moral code? IMO there are very few people who don’t have any morality. And more than just the fear of getting caught too. Is protecting yourself and what you care about most morality? Is having a consistant code of behaviour morality? Or must we have a divine being watching over us who will smite us if we don’t develop a sense of morality? Is it people pleasing as infants who adhere to what we were raised with morality? Is being a rebellious teen being a heretic or sinner? Or mentally ill now?

All in all, humanity does have grace too, but few are at the extremes of either light or shadow. We each have some of the one and the other. Some are more bestial and others more civilized than others. But animals have more grace than most humans do. Yet we try to claim they have no souls. So is being bestial being immoral or righteous? Just because you never step foot off the path society sets for you, does that make you moral? Or a follower?
I have far more questions than I do answers for this one…

what does it take to be a saint?

Are Saints only Catholic?

The religious person may have various relationships with the sacred: as seer, prophet, saviour, monk, nun, priest, priestess, or other such personage
Canonization requires, among other things, proof that the person in question wrought miracles during his or her lifetime.

how to become a saint
Catholic Process
canonization and beatification

In apostasy, one totally repudiates the Christian faith and no longer even claims to be a Christian.Hypocrisy is…

To commit heresy, one must refuse to be corrected. A person who is ready to be corrected or who is unaware that what he has been saying is against Church teaching is not a heretic.

A person must be baptized to commit heresy. This means that movements that have split off from or been influenced by Christianity, but that do not practice baptism (or do not practice valid baptism), are not heresies, but separate religions.

In schism, one separates from the Catholic Church without repudiating a defined doctrine.
In apostasy, one totally repudiates the Christian faith and no longer even claims to be a Christian.

Spirit has light and shadow, creative and destructive cycles, but it’s humanity that calls it good and evil.
Humanity has fear, want and ignorance which can be passionate or civilized, or some variance of them.
Beast is predator to some and prey to others. Dominant in some relationships and submissive in others.
All of the states of otherkin, therian and fae have the divine states of beauty, grace and wisdom. So we look to them. Ready and eager to learn. Hoping they are willing to teach us something for our future, about our past, that makes us value our present. Hoping their interests and ours align. Because they will never choose ours. 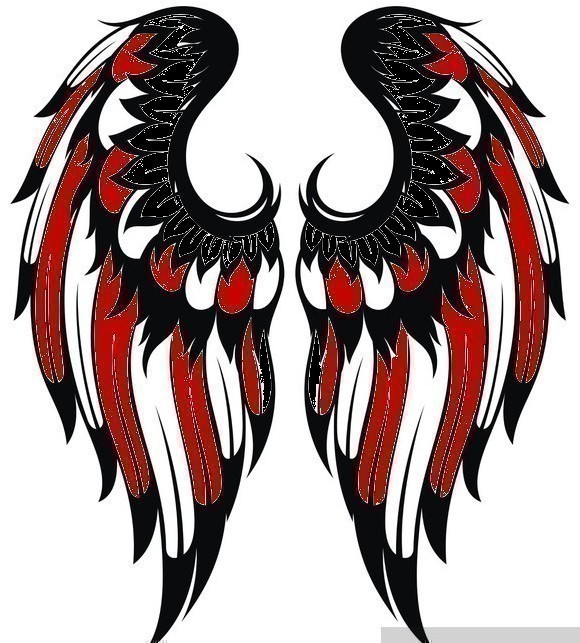 Some of the divine hate humans and some lust after us to forward their own agenda, or because humanity is so attractive to them.

So how do we make a choice of when to breed with the divine? Presuming we get one?

There does seem to be some variance… when divine is raised by human, then they work more for our needs and care about us living thru their desires. Because they are bonded to us.

So is that the deal breaker then? Do we say you can only have us if we raise the progeny? It seems to be the better option for us.

The fact I am considering this might suggest I’ve been reading and watching way too manymystical topics lately… Time for some good old fashioned people are screw up stories? lol

Def Leppard – the story of opposites

On the one hand, you have a band member who died of a drug overdose. On the other, you have one who fought back from insurmountable odds to regain his throne as one of the best rock/metal drummers after losing his arm. To show that even that couldn’t stop him.

Many people don’t give Def Leppard the credit they deserve and call them a hair band. Many would be wrong to say that.

You’d think they’d be an easy band to do at karaoke, but most guys and even women would find the vocals hard. And I think a lot of drummers would find the beats hard too. Imagine doing them one-armed! Go Rick!

We often see angels as either good or evil. Created in a state of grace, or fallen from that by jealousy and greed. That is the story, right?

What if their wings are made to steer them thru famine and war, birth and death and protect their souls thru their journey?

I’m actually a fangirl of sci fi and fantasy. I adore the good vs evil and cultures of different planets and “histories” they develop for them.

AND then there is the adoration I have for shows that develop quirky characters and well developed psycho-drama.

Put all that together with a show that doesn’t rely on the flash of space ships and robots, but decides instead to go with clones and personality, and I’m hooked. I do not remember seeing a single space ship in any of the three seasons! But there is tech! Smart tech too.

There is the conflict of many people who believe that aliens COULD exist, but rarely believe they are here on earth. And the people who are risking their freedom to prove they are. Against aliens whose body disappears if they manage to kill them.

Do you know what the Achilles heel is of the aliens?

It makes the aliens high, they can get addicted to it, and it can also kill them.

The script is really smart and intriguing. And hey it’s Canadian!

And the last few minutes ripped my heart out! It was a perfect ending. And completely a cliff hanger. Without leaving anything unanswered. Too bad it was cancelled!

We talk about the many ways we can have sex, dominate each other, gender, and our many kinks and fetishes.

And we discuss transitioning between genders and all the hormones and surgeries that are necessary to facilitate that. We discuss body image. We discuss pronouns and proper addresses.

And we discuss consent and privilege ad nauseum.

I don’t remember ever seeing a discussion on infertility. Isn’t fertility a big part of our lives though? Esp when we’re having issues with it. Then it’s all consuming. It’s a high stress predicament. Having a wish, needing expensive, painful, time consuming care to fulfill that wish and losing hope(?) Possibly lose their marriage?

Harvard
NIH- re: women
Fertility Centers of Illinois – re: men and couples

There are ways that we can help protect our fertility:
our general health needs to be protected by proper diet; exercise; limiting the toxins we put into our bodies; and esp by protecting our bodies from STDs.

It seems they can have a huge impact on more than our general health. They can cause scarring and inflammation of our reproductive parts. (For men and women) To the point where we can no longer breed. If they’re not caught and treated.

So next time you think about that person you’re attracted to, besides getting affirmative consent from them, make certain efforts to minimize the risks of getting an STD. If you want to have a child some day, that is.

Because it seems some STDs are on the rise again. Play safe(r) folks! You’d hate to have something that was meant to be just a bit of play and fun, or even love turn into a disease. Right?

CDC – Chlamydia and gonorrhea
NIH – untreated STDs – and PID
NIH- hep B – and tubal scarring
medical news today – HPV – and infertility, miscarriages
Parryscope
According to the CDC, there were a record number of cases in 2016 for gonorrhea, chlamydia and syphilis
verywellfamily syphilis, gonorrhea, herpes, hepatitis, and bacterial vaginosis on pregnancy risks such as miscarriage, stillbirth, preterm delivery,​ and many other problems
web MD – baby can become STD positive also

When you die, your heart stops beating; the blood stops running thru your body, in the right places; and the oxygen gets reduced in your brain until activity stops. If your brain activity stops for more than three minutes, meaningful recovery becomes harder and harder to achieve. Sooner or later, the doctors pronounce you brain dead. Every other organ, they can replace function in some way.

That is the actual cause of death, (heart, circulation of blood, brain)but it’s rarely the cited cause of death. Unless they cannot figure out what happened to snuff you out.

There are contributing things that decrease the quality of your organ systems. Genetics, lifestyle (diet and exercise) and sexual activity are critical factors.

But there are factors within.

Many people on earth don’t know how to eat right. They either ingest too much of the bad stuff (sugar, fat, salt, alcohol); additives (preservatives, dyes, bleach); processing and safety (environ toxins-ie mercury in fish, e coli, salmonella, staphylococcus and listeria, pest feces, rat hairs, and pesticides). Or not enough of the good stuff (vitamins and minerals). And their body suffers from malnutrition. Some theorize that addictions are a direct result of your body not getting something it needs. That you aren’t thriving, so you medicate yourself. Some also theorize that this malnutrition is why many suffer from anxiety and/or depression.

And few people exercise in such a way that their body benefits as it should for them.

In both cases, there are fads that make little sense, but make a lot of money. And humanity is greedy. Let’s face it. Those fads, and the media portrayal of what they represent, lead many down the path of body perception disorders: Anorexia Nervosa-, Bulimia Nervosa-, Binge Eating Disorder, and the use of Anabolic steroids. And yoyo dieting.

I know! Fun, right? But hasn’t your mama taught you that fun has risks? How many of us know which STDs cause way too much stress on your heart?

You might be surprised:
(reasons to reduce your exposure/safe(r) sexual practices)
chlamydia
HIV
yeast infections
HPV
Hepatitis B
herpes

So do what you can to mitigate your risks and you might live to 100… not that many people want to!