Once upon a time ago, there was a tale of two rivers. One that brought forward forgetfulness and one that carried souls into the land of the dead. It was said that between lives, every soul met the ruler at the crossing of these rivers to decide what lessons they had yet to learn.
They met their first mother and first father there to reunite and plan what they would do in this incarnation with the fates and muses of old.
Then they made their farewells and went on to their next life.

Bound the souls to their path and gave them people around them to teach these lessons. Their pack was formed of people who they had known in every incarnation. They were drawn to each other on meeting. But each meeting determined if they would be enemies or friends. Though some were an odd mix.

Gave them talents and drives that helped them by easing their path’s hardship. Each soul had a fair helping, but few got to use all they were given. The community their incarnation was reared in often blocked them from developing these talents. And the community had trouble deciding which drives were most sound in the time.

Spent their life time on their knees, praying for the soul. Hoping to ease their path. Yet rarely ever being able to intercede, or even be known. Unless the souls were very intuitive. Unless the souls had a very sensitive mind.

shone the light down from the heavens and waited for the souls to look up and pray. That was all it took.

blew the smoke of delusions and lies toward the souls and did everything they could to mess with the souls’ intentions. Pushing them toward those who would harm them, and encouraging odd entanglements.

tried to frighten and enrage the souls to the point where their soul was trapped in that moment, never to grow or feel whole with their guides again.

worked together to bring about the end of all that was good, to take away power and faith from those that the gods favoured. And all the gods could do was watch. For they had agreed to allow free will to reign. Sadly, the terrors were not so inclined.

did their best to right the world and make it a bit better.

did their best to work with the terrors and overturn the gods, to bring about destruction of all creation and faith.

sent forth the apocalyptic horses – war, famine, pestulence, and strife rode out of the skies and met with death to wage their campaign against all souls, but the oldest ones. It was time to gather the forces of natural and supernatural again. It was time to change the world…

What would happen next? Chaos or order?

To me service is something that you put your heart and soul into. In some cases risk your life for. You spend years in training to achieve. That you vow to do to the best of your abilities. That you only do if the task and person meet your values.

Sex can be a service also if you spend time and serious training learning how to use your mind and body to please someone else. If you keep your body and mind fit enough to be a good sexual partner almost a therapist to your lover. If you allow yourself to be intimate and honest with them. To trust them. To cleave to them, as it says in the marriage vows.

Dominance/control are about more than a bossy, hauty attitude. They require an enormous amount of energy and dedication to achieve correctly. You need an intimate understanding of the people involved in the dynamic. You cannot be stagnant. You need to grow as people and as a dynamic. Because power is a dance, not a chore. Each soul is a responsibility to each other. Whichever side of the whip they are on. To use power badly is to be a brute. Not a dominant.

A chore is something anyone can do for you. But someone who does it with love and dedication for you is serving you. And the bettering of their skills, for self love. The craftsmanship of the tasks and the self-responsibility of improvement and self-pride in doing things right is service. For not only the receptor but also themselves. For honour. It is about nurturing the body and the soul with their positive attitude and caring.

And it is about having arrived at a certain place in the journey, reaching back and mentoring those coming up. While you still sit at the feet of your elders and betters, you need to start passing the lessons on.

This is all service if done with a heart rather than just a body going through the motions. 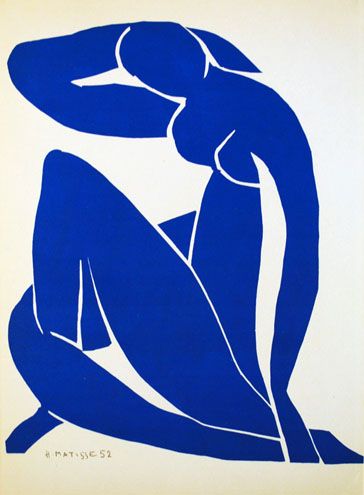 THE LADIES’ DRESS
the ladies were to dress as a spy such as Mata Hari, a witch of the pilgrim group, Marie Antoinette, a lady robber, or Joan of Arc. They could pick whichever theme went with their figure and what their sub or slave was wearing. And they could be as sexy or modest as they chose.

THE SUBS OR SLAVES DRESS
the subs were to be dressed as a robot, a marionette or a courtesan. They were to attend as sissies only. No one dressed as a man could attend.

THE FASHION SHOW
was a gala event, with exhibits of many textiles and fabrics, of jewels and some sex toys as well. Floggers were presented in many styles and were made of wood, leather and metal.
There was a furier and gemologist there for the ladies who had the where-with-all to order specialty goods.
The club staff wore tuxedos and tea dresses so they stood out as servers. Champagne and tea were on hand

Feudal nights are quite popular with both dominants and subs and slaves.

THE FARMER
Is surrounded by bales of hay and ears of corn. He has some shears, shovels, rakes, large stockades, whips, reins and harnesses with him. Any lady entering the barn with her sub or slave can have them be treated like a beast of burden. They can be laden with things to carry as any draft hose or oxen on the farm would be. They can also be made to pull a wagon, plow or carriage. They can also be treated as a steed and carry their lady. As a smaller animal, they can be led in their traces.

THE HUNTER
The ladies can call a hunt and get bows, arrows and knives. The horn is played and the animals (sub or slave) are let loose. Some play the dogs and some the fox or rabbit. The hunt mistress has made sure that none of the points are deadly, but will scar. And the chase begins. Out on the forest or field, traps have been laid as well. Some nooses hidden under trees, some holes covered with foliage and some hidden animals who will scuffle with the intruder.

THE INNKEEPER
The ladies walk into an inn to have a few drinks and find the innkeeper and his staff are very willing to be of service. This particular inn has a few rooms to let if a patron and a whore wish to engage in a sexual liaison. There is a small revue, a singer, a lyre player and a flautist, and a few folk dancers in little clothing. Something meant to titillate the patrons. After a few stout drinks, it can get a bit rowdy. You can hear the ladies’ cat calls and lewd comments. Some of the inn staff get their bodies grabbed as they try to serve the drinks and food to the patrons.

CLOCKS AND GOLD
The lady enters a shop, meaning to purchase a gift for a friend or relative, or an item for their house. The shopkeeper sits with them and finds out what they wish to purchase and whether the item is already made, can be ordered from another store, or will be custom made as a designer original. The chat is friendly and the shopkeeper is ingratiating, perhaps a bit flirtatious. Certainly complementary towards their patron.
There is a back room of course, with a tea service to encourage the patron and keeper in their civility. This shop has a retiring area, with a small toilet, sink and fainting couch.

SWINGERS’ MAT
The ladies had a key party. They had a few of the most attractive of their caged subs and slaves in the foyer greeting the guests as they arrived. Obviously they were groped as the ladies arrived. But with the cage they wore, the men couldn’t get erect without pain. Some of the ladies liked that even more.
Those who were shy went to the bar first and had a few drinks for dutch courage. Those who were eager went straight to the mat area. They accepted a key from the basket and went around looking for their group, shedding clothes along the way.
Watching was not really encouraged at the club. Not in the swingers’ events.

3 WAY
The lady who wanted extra attention would grab the hands of two subs or slaves and take them to a smaller room. Usually she received oral sex, because the men were caged. But occasionally, their owners would hand over the keys. If their property had behaved and deserved a reward and the lady asking was a good friend, known for sharing her property on these nights.

PEEPERS
Every now and then the club held a special peepers’ night. There were drilled holes in the common room walls that were usually covered with curtains. A hallway ran the perimeter of the room, like a second wall.
The ladies who wanted to view were voyeurists, but the men were subs or slaves who were being teased or punished by their owners. No free man was ever allowed into the viewing hall.